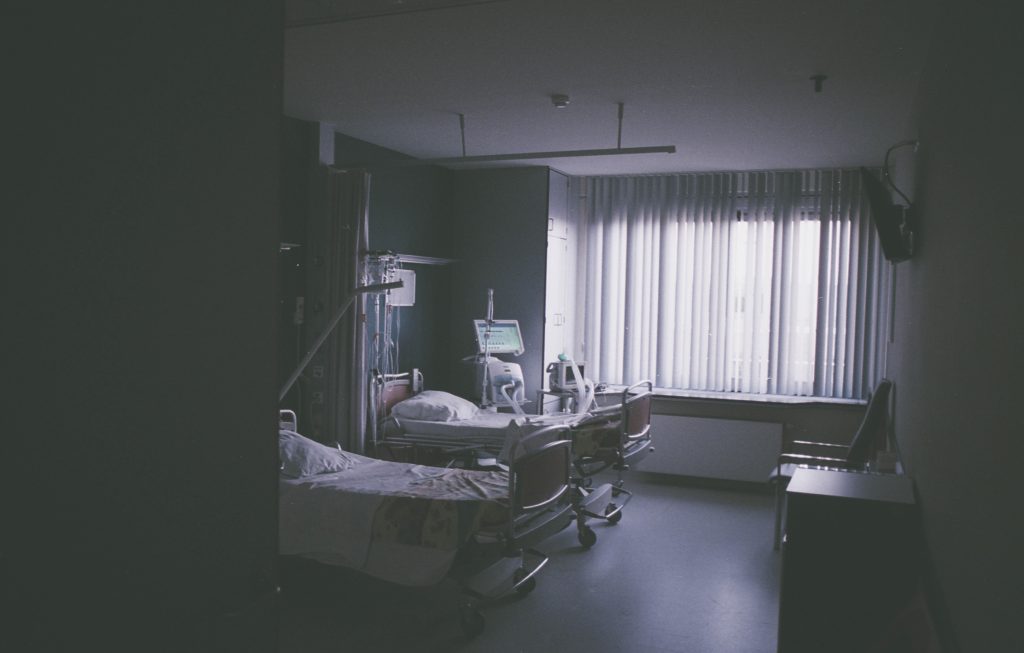 Last month, three of my friends were hit by intoxicated drivers within the space of four days.

Tim and Coté Soerens were celebrating their tenth wedding anniversary in Cabo San Lucas, Mexico. On the evening of Saturday, June 24, their car was hit by a drunk man driving in their lane and without his lights on. After Coté was able to get free from the wreckage (Tim was still pinned inside), she heard the other driver ask to be taken to a nearby military hospital. They don’t know what happened to him.

Tim and Coté were eventually taken to a local hospital where doctors probably saved Tim’s life. (They advised him to say goodbye to Coté before heading into surgery, just in case.)  Then, Tuesday, June 27, they were medevacked to a hospital near their home in Seattle. Only when I visited them at Harborview Medical Center last week did I get a fuller picture of how serious and numerous their injuries had been. Between the two of them they had broken feet and a broken knee, multiple reconstructive surgeries on vital organs, multiple spinal fractures, and more. It will be months before they can walk without help, though they are fortunate to be alive.

On June 28, a local friend, Heather, collided with a man driving under the influence, probably of drugs. He was swerving around the road, hit something, and rolled his vehicle into the passenger side of Heather’s car. Somehow the intoxicated driver walked away—literally he walked away, as the police officer let him go free, later acknowledging that the driver was probably tweaking on something.

Heather was largely unhurt too, thank goodness, but her car was totaled. She’d purchased it 17 years earlier, a month after her oldest son was born. Recently it had been lovingly and spontaneously overhauled by friends and family: a re-built engine, new tires, new headlight covers, new windshield wipers, and a thorough detailing. She was understandably sad and angry to see it lost.

SUFFERING AS A THIN PLACE

I’m currently working on a project about the re-enchanting of ordinary life. How can we encounter God in the “thin places” of our everyday lives?

Celtic Christians believed there are special places where the veil between heaven and earth is especially porous. Thin places are usually associated with actual places, and I’m writing a lot about those too—pilgrimage sites, the wilderness, and especially our own neighborhoods. But I also want my readers to see that, even when we’re not on a windswept cliff on Iona, Scotland, we’re closer to God than we may realize.

When I was working on my outline several weeks ago I added a bullet point that simply said, “Suffering as a thin place.” I couldn’t know then how soon I would see that play out in the lives of three people I loved. In the midst of tragedy, God is using family, friends, friends of friends, and even strangers to provide abundantly for God’s work of healing, redemption, and renewal. It’s been frankly wondrous to see the contours of God’s kingdom revealed even in these dark circumstances.

CONTOURS OF THE KINGDOM

Tim and Coté have dedicated their lives to serving others. Tim co-founded the Parish Collective, an organization that helps identify, connect, and support Christians who want to grow the fabric of love and care in their neighborhoods. (My wife is the board chair.) Coté, a native of Chile, started a nonprofit called Puentes, which supports undocumented families in the Pacific Northwest through advocacy, education, and mental health services.

Within just a few hours of hearing about their accident in Mexico, friends launched a crowdfunding page to help pay for medical expenses and lost income. Because so little was known at that time about Tim and Coté’s condition, a fundraising goal was pulled out of the air: $7,000. They raised that in less than an hour. By the end of the day, tens of thousands of dollars had been given. As of this writing, more than $57,000 has been donated by nearly 570 people. Friends, family, and neighbors who had been touched directly by Tim and Coté’s kindness seemed eager to give back, as did a few strangers who had been moved by stories they’d seen on social media or local news.

Crowdfunding efforts are just the most visible tip of an iceberg of generosity. People have volunteered to help with kids and the dog, the house, to run errands, and to just be a comforting physical presence in the hospital. Miraculously, the Soerenses were released last week. For Coté, that’s two weeks earlier than doctors had initially thought.

Like Tim and Coté, Heather has devoted her life to serving others, not least of which through her work as a kindergarten teacher and as our daughters’ summer babysitter for the last six years.

The day after her collision, my wife and I saw Heather at a concert in Portland. She sat down next to us before the show started and described the surprising spiritual journey she’d been on over the previous 24 hours. Reflecting on the accident and its aftermath, she had started to see it with new eyes. It was a perspective I’m not sure I would’ve been capable of in her situation—almost certainly not less than a day after the accident.

Of course Heather had been frustrated to lose her car. The car itself was going to be a hassle to replace, and potentially expensive too. But what Heather grieved most was the loss of a physical representation of 17 years of family memories and, more recently, the generosity of her community. Yet the family itself wasn’t lost. Nor was her community. In fact, the first paramedic to respond to the accident scene had been an acquaintance. And within minutes of the crash she’d been able to call a friend to ask for a ride home. In contrast, the man who had hit her had walked into town alone. By all appearances, he didn’t have anyone to call. Heather felt compassion for him.

I recently watched a show on PBS about the “giant thaw” that takes place every year in the Greater Yellowstone Ecosystem. The abrupt transition between Yellowstone’s long and brutal winter and its hot and dry summer is considered to be one of the most dramatic seasonal changes on the planet.

In one scene, river otters were shown diving below the surface of the ice to catch fish. Because of how scarce food is at that time of the year, hungry bald eagles swooped down to try to steal the fish. The family of otters (also called a bevy of otters, a raft of otters, or, my favorite, a romp of otters) were able to keep their food because they worked together. Some of the otters went into the water, while others stayed alert for thieving birds.

But there was an otter who was alone too. For whatever reason, he wasn’t part of the group. Malnourished and weak, he had trouble getting out of the river and onto the ice. Because he didn’t have a family member watching his back, every fish he caught was stolen by the eagles. In order to eat at all, he had to come back late at night. The filmmakers saw him through their night-vision lens, slipping from the bank onto the frozen river, his eyes glowing green, fishing by himself under the cover of darkness.

My three friends have been so much on my mind that I couldn’t help finding an analogy with the otters. I obviously don’t know the backstories of the intoxicated drivers who could have killed Tim, Coté, and Heather. And I do know that addiction and bad decisions are more complex than the generalizations I’m about to make. But the last couple weeks have been a reminder that people who don’t have a community, close family, or a “romp” of friends are more likely to do the “night things”—the things best done under the cover of darkness, when the neighbors can’t see you—things like taking hard drugs or abusing a position of power to avoid the mess you’ve made.

For those of us who are privileged to be a part of healthy communities, our responsibility is to try to fold in those folks who aren’t.

I was in the hospital room when a newscaster asked Tim and Coté if the accident had made them more “grateful.” They responded that they’d always tried to live with gratitude. This is true. In one of the tensest moments at the hospital in Cabo, and with the cell phone battery running out, Tim texted our friend Paul: “All is gift.”

But the Soerenses did say that the beauty emerging from the accident had convinced them to “double down” on their call to extend networks of care to everyone. “We’ve given our lives to this idea that relationships are everything,” Tim said. “And in this moment of deep need, to see this tsunami of care has been unbelievable.”