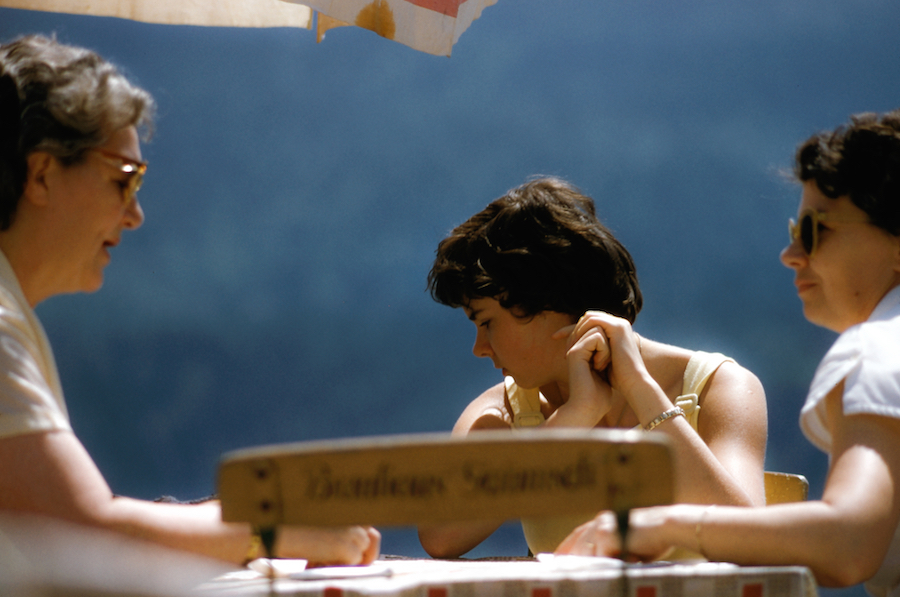 On Mother’s Day last Sunday my wife and I, along with our two daughters, went to hear our friend Danielle preach at another church in Silverton. It was Danielle’s first sermon. Instead of standing behind a lectern she sat onstage in a comfortable chair she had brought from home. Candles flickered on a table next to her. Danielle said these domestic props were there for her own sake, but they made the rest of us feel more at home too as she spoke casually, confidently, and with humor and real insight, about what being a mother has taught her about living in community. It was great.

I prayed for years that I would someday get to be the father of daughters. God’s answers to those prayers are rambunctious, hilarious, creative, stubborn, exhausting, frustrating, and wonderful, and they are currently three and nine years old. A dad is one of the best things I get to be. But parenting is wild and messy. (We were off-script by Day Two.) Parenting involves more poop and vomit and weird rashes than I expected, and those are nothing compared to the heartache, confusion, exasperation, sleepless nights, and regrets.

And we haven’t even hit the teenage years.

Loving your neighbor, like loving your own kids, is never as composed as a spread in The Kinfolk Table.  Committing to faithful presence in your community brings its share of both joy and disappointment. Every time our capacity for love increases so too does our risk of being hurt. But what is the alternative? As C.S. Lewis wrote in The Four Loves (Amazon | IndieBound), “There is no safe investment. To love at all is to be vulnerable. Love anything, and your heart will certainly be wrung and possibly be broken.” A perfectly sheltered heart, said Lewis, ultimately becomes a heart that is unbreakable, impenetrable, and perhaps even irredeemable.

Jesus’s story about the Good Samaritan, his command to “Love others as well as you love yourself” (Mark 12:31), and the example of his own life—loving his enemies, and choosing to die for them rather than fight back—are stark reminders: There’s no such thing as a limited liability neighbor.

But if the rending of the heart is real so too is the hope that God “heals the brokenhearted, and bandages their wounds” (Psalm 147:3). Some of God’s promised healing will happen in this life; most will happen in the next. In the meantime, the Church of the Christ who said, “This is my body broken for you,” needs women and men who, like Danielle, can sit vulnerably with one another, with their families, and with their neighbors—broken but beautiful, incomplete but expectant, ordinary yet holy.

After church, at my wife’s request, we spent most of the rest of the day making raised beds for the garden. But as I hauled one wheelbarrow of soil after another from the side yard to the back, I found myself reflecting more on that morning’s sermon, as well as on another vulnerable conversation I’d had with a friend two years earlier—a conversation about moms and kids that forever changed how I think about the local church.

My friend, who we’ll call Aaron, is the pastor of a small congregation in a different state. Aaron has a high school age daughter we’ll call Michelle. (Note: I received permission to tell this story. But several details have been changed or kept purposefully vague, to protect my friends’ identities.) Michelle is radiant and an artist with once-in-a-generation talent. But, like many brilliant creatives, she also struggles with depression. When Aaron and I had a chance to catch up in spring 2015, he described a year of heart-wrenching pain and uncertainty—a year in which, at times, Aaron and his wife had even feared for their daughter’s physical safety.

Aaron said that his congregation, all of whom live within a few blocks of each other, may have saved the family. In particular, there were these six other women in the church besides Michelle’s own mom—for a total of seven moms—that Michelle knew she could contact at any time of day or night. And she sometimes did. It could be three in the morning, but if Michelle called or texted, these “moms” would answer.

Aaron told one story I’ll never forget. It was a school day. He and his wife were out of town for the day, when they got a phone call from Michelle’s high school. She had walked away from campus. Two hours from home, and worried about their daughter, Aaron and his wife started calling these six other moms, several of whom immediately began driving around the neighborhood looking for Michelle.

Michelle turned up a while later at a local ice cream shop owned by members of the church. Aaron and his wife got a call as soon she walked in the door. Michelle was surprised that several women from the community “happened” to be at the ice cream shop that day. These women huddled around her, loved on her, asked her how she was. They eventually encouraged her to return to school.

As Michelle was walking back, she passed by the house of one of the other seven moms. Concerned, the mom invited her inside. Then she called Aaron and his wife: “Don’t worry. Michelle is with me. She’s safe, and we’re going to have some tea. I’ll keep her here until you get home.”

Following Jesus is a community-creating endeavor. But it is a radically new kind of community. It cuts across racial, ethnic, and economic lines. The Kingdom of God is no respecter of national boundaries or political parties. It expands even that most precious of institutions: the family unit.

My own family experienced this most richly when we did co-housing. We learned how to mutually submit ourselves to brothers and sisters in Christ who were not actually blood relatives. These housemates became and remain—even after we moved to a new neighborhood a couple miles away—our family.

Jesus himself said it would be this way. In Mark chapter 10, Peter says to Jesus, “See, we have left everything to follow you!”

To which Jesus replies, “Truly I tell you, no one who has left home or brothers or sisters or mother or father or children or fields for me and the gospel will fail to receive a hundred times as much in this present age: homes, brothers, sisters, mothers, children and fields—along with persecutions—and in the age to come eternal life.”

I have a theory about why Jesus didn’t include a hundred “fathers” on his list, but there isn’t room to get into that now. The point is that I’ve come to think of this passage as “God’s Kingdom Come, next door as it is in heaven.”

Last fall, we hosted a block party in our new neighborhood. We met neighbors, ate and drank together, heard stories of how people ended up there, placed each other on our mental maps, exchanged phone numbers, and deputized one another to be emergency parents for our kids. “Our youngest daughter is a runner,” we told our new friends about Julia, then two. “If you see her wandering around by herself, she escaped. You have our standing permission to scoop her up and bring her back to our house.” Though the circumstances were very different, Aaron and Michelle were on my mind.

Actually, the story Aaron told me back in 2015 has been a lasting gift, even as I remember how hard those times were for his family. Slow Church notwithstanding, the most compelling vision I have for the local church these days is “seven moms.”

The Church of the Seven Moms is a body of believers living everyday life together with vulnerability, proximity, and mutual care. I want my two daughters to grow up with seven moms, including moms like our friend Danielle. In fact, I can think of no greater calling for myself than to actually be a kind of mom in God’s family—for my kids, for Danielle’s, and for the other kids in my community.